Gwynedd Council, the first council in Wales to call for the People's Vote

Gwynedd under the leadership of Plaid Cymru is the first county in Wales to call for the People's Vote. 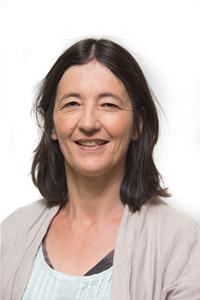 The majority of Gwynedd’s population voted to remain in the European Union back in 2016. Since then, there is momentum and an increase in support for a second referendum, because people now know and understand so much more about the implications of leaving Europe.

There is a real concern that the terms of leaving the European Union will cause us economic and social damage here in Wales, especially if it’s a no-deal Brexit. There is concern regarding our rights as European citizens, food supplies and access to medicine. There are real concerns regarding job losses and salaries, and the lack of negotiation about the membership of Wales within the European Single Market and the Customs Union is of grave concern for so many of our industries.

Councillor Judith Humphreys, Penygroes, who issued the notice of motion in the full council in Caernarfon, said: "Since the original vote in 2016 to leave the European Union, there is much more clarity regarding the impact leaving the EU will have on Wales.

“58%, a significant majority of the population of Gwynedd, voted to Remain in the European Union in 2016. As representatives of Gwynedd, I'm pleased that we have listened to the views of our residents in calling for a second vote now that we all understand so much more.

“A study by Cardiff Business School warns if we leave the single market and customs union Wales will be worse affected than other parts of Britain. Car, steel and aerospace industries would be badly hit by a hard Brexit. Leaving Europe without an agreement, would see the Welsh economy shrink up to 10%. We cannot afford that!”

According to research by Populous, almost every Cabinet member in Westminster now represents a constituency that is in favour of staying in Europe.

Of the 632 constituencies in the UK, 522 are now in favour of remaining in the EU.

“The Royal College of GPs is calling for a People's Vote. The Scientists over Europe campaign supports a People's Vote. And according to another survey, the majority of Unite union, Unison and GMB members are in favour of a second vote.

Councillor Humphreys said: “These are councils who, like us, are worried that jobs, wages and the hopes of our constituents are at risk due to leaving the European Union. Brexit has far reaching implications for the work we do on behalf of our Gwynedd residents. I'm glad that Gwynedd Council is the first council in Wales to call for the People's Vote.

“It sends a clear message that we are not satisfied that nurses and doctors are considering leaving because of Brexit, at a time when staffing and recruitment problems and waiting lists within the Health Service continue.

“We are not happy that Brexit means leaving Euratom, the European body that oversees security standards at nuclear sites such as Wylfa and Trawsfynydd.

“We are not satisfied that ports within Wales, such as Holyhead, have had to sign a non-disclosure agreements as part of the Brexit discussions with Westminster Government.

Plaid Cymru’s Assembly Member and MPs Siân Gwenllian, Liz Saville-Roberts and Hywel Williams said: Plaid Cymru at all levels of government; county council, Welsh Assembly and Westminster has consistently argued that staying in the single market and customs union is best way forward. In the Senedd on Tuesday, Labour accepted Plaid Cymru’s important amendment, which means that the Senedd has spoken with a clear voice to say that we do not support the Prime Minister’s Brexit deal.

“We also believe that the only way the Brexit impasse in Westminster can ultimately be resolved is through a People’s Vote, and I’m glad that Gwynedd Councillors have today backed Plaid Cymru’s stance. Congratulations Gwynedd Council.”