Gwynedd stands with the people of Catalunya 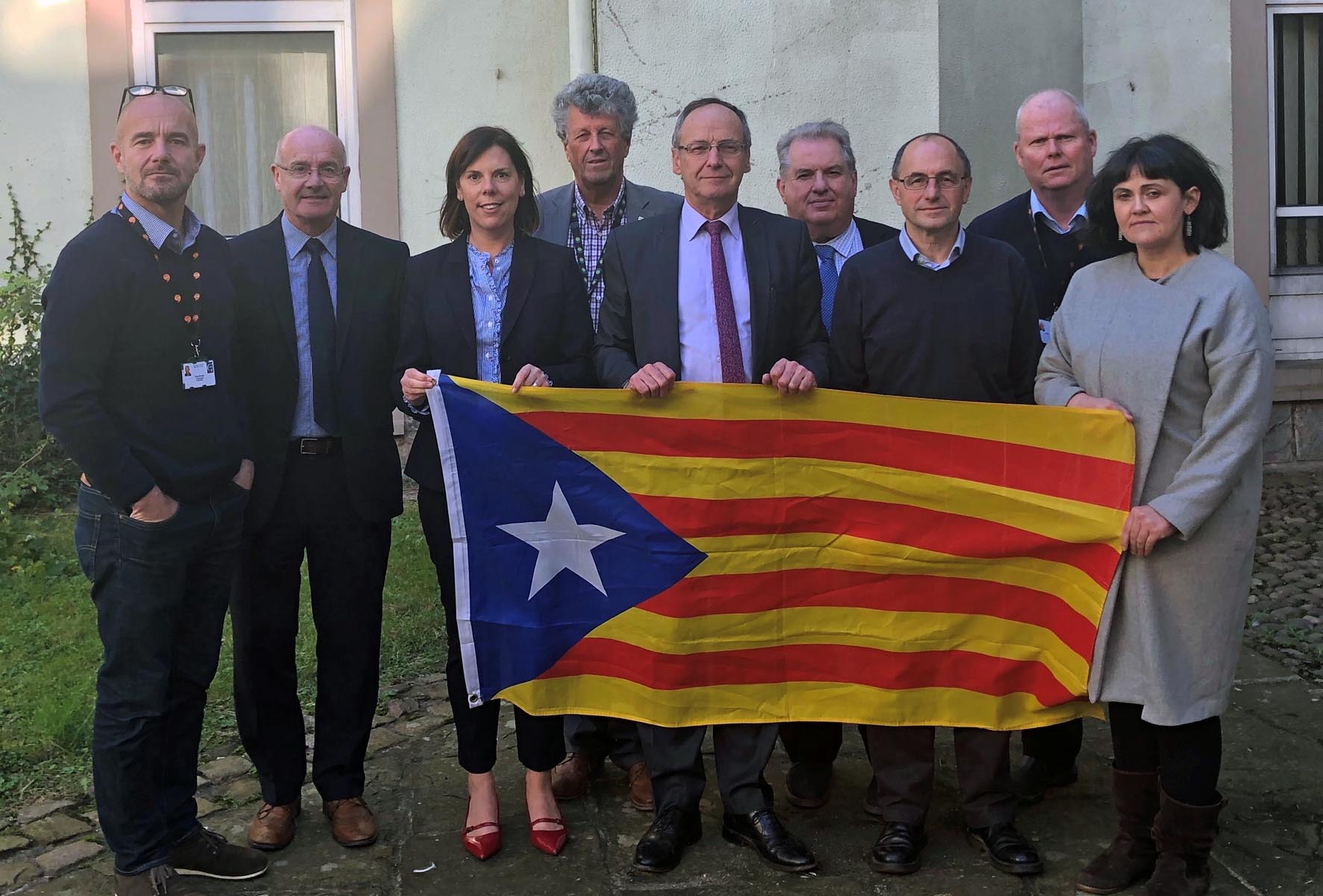 Before Gwynedd Council's cabinet meeting today (15 October), Plaid Cymru’s Gwynedd Leader Dyfrig Siencyn made a statement saying that, as politicians, we stand firm with the Catalan people, in the face of the oppression faced by nine of the country's politicians.

“I feel very angry that the liberty of nine leading Catalunian politicians has been taken away from them for holding a vote to express people's views on their country's independence. It is a threat to democracy and I fully condemn the actions of the Spanish state.

“It is shocking to see that the freedom of the individual to express an opinion has been shattered in Spain, in the twenty-first century. It is an attack on the country's democracy, it is an attack on basic human rights and it undermines everything we, as civilized people, believe in.

“It is a disgrace at the lack of response coming from the Westminster Government on this critically important issue that challenges democracy worldwide. We call on the European Union to challenge the Spanish Government and to make sure that they answer their wrongdoings without delay.

Councillor Siencyn also added that they also wanted to support the people of Kurdistan who are also aspiring for their freedom under the oppression of the Turkish army.