Thank you to the world’s busiest non-military marching band 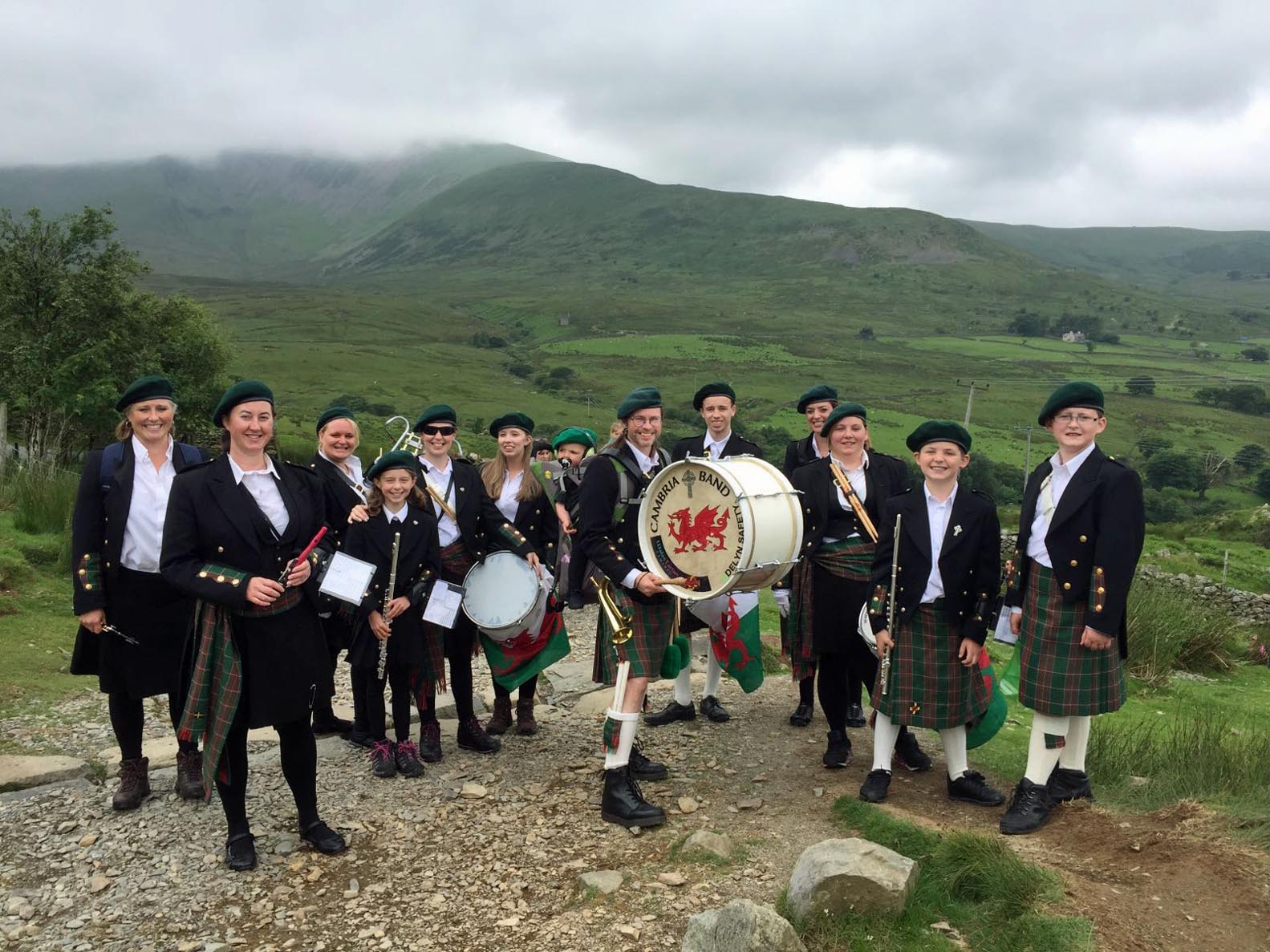 As we step closer to the end of the year and festive celebrations begin, Plaid Cymru Gwynedd is keen to thank Wales’ non-military marching band for their performances at numerous events across Wales during 2019.

Quoted the busiest marching band in the world, Cambria Band based at Flintshire is made up of keen amateur musicians ranging from 4 to 83 years of age. The band will soon celebrate 14 years marching up and down Wales’ at large outdoor celebrations and events.

Deputy Leader of Gwynedd Council, Dafydd Meurig said: “We are in the midst of a surge in support where people are calling for an independent Wales. And Cambria Band has been party to this excitement as they attend and lead many of the rallies across Wales.”

Band leader and founder, Adam Phillips, originally from Corwen regularly switches his postal hat for his drumsticks as he leaves his day job at the Post Office to attend rehearsals and events.

“The idea began as a challenge at a parade in Wrexham, where I was using a loudspeaker to chant messages. A friend of mine agreed that we weren’t getting the positive effects we were hoping for, so he challenged me to start a Welsh marching band.

“With no experience, no musical talent and no money, I agreed to take on the challenge. I travelled to Scotland and followed a Scottish marching band along the streets at an event and felt eight foot tall. The band’s impact was astounding, the effect they had on the parade was amazing and I was absolutely hooked!

Adam, more commonly known as Adam Balchder due to the pride he feels towards his home nation said: “We’ve always adopted a policy of attending events irrelevant of their size or wealth. St David’s Day can be a very busy day, so we tend to break the 40 member band to smaller groups, so we can commit to all the booking requests we get to celebrate Dydd Gwyl Dewi.”

Councillor Steve Collings, who represents Ward Deiniol residents in Bangor is a keen supporter. He said: “Their commitment is second to none. They travel the length and breadth of Wales as volunteers, any time of the year, to offer some musical pizzazz to outdoor events. 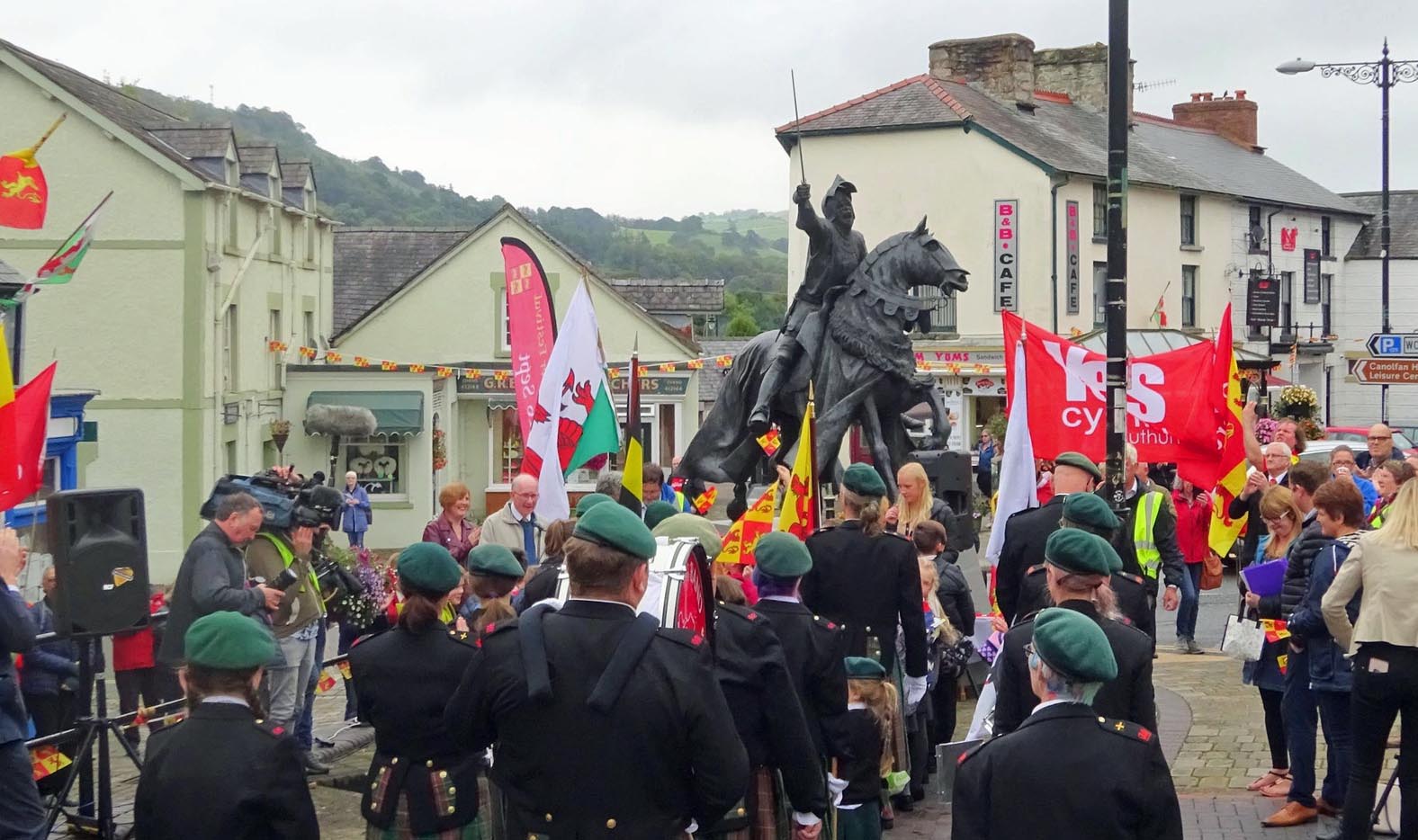 “They also have a youth training programme, which sees the younger generation developing and becoming involved with the band’s work. And that is key to the future of any organisation, laying the foundation for the next generation. They also provide their members with training, equipment and uniform, all free of charge, and take free music tuition out into the community.

Councillor Dafydd Meurig explains: “We have been honoured to march with musicians trained by Cambria Band and the band itself at many Yes Cymru events, with a personal highlight for me, being the rally at Caernarfon back in the summer. I am keen to take the opportunity of thanking Band Leader, Adam Phillips and his committed musicians, for their hard work, support and musical prowess during the past year. We wish the band well for 2020, and look forward to marching with them again during the coming year.”

Cambria Band was established in 2006, where the band attended 10 events a year. Word soon got out, and their commitments quickly grew to 60 events and more each year. This has made them one of the busiest marching bands in the world.

The band’s repertoire is made up of traditional Welsh melodies and their marching commands during performances are all announced in Welsh. The uniform the members wear is made from a Welsh tartan using Welsh wool and created in Mid Wales. For more information regarding Cambria Band, call: 07957173262 or find them via their facebook page.