Ensure Afghan refugees are given rights, care and equality 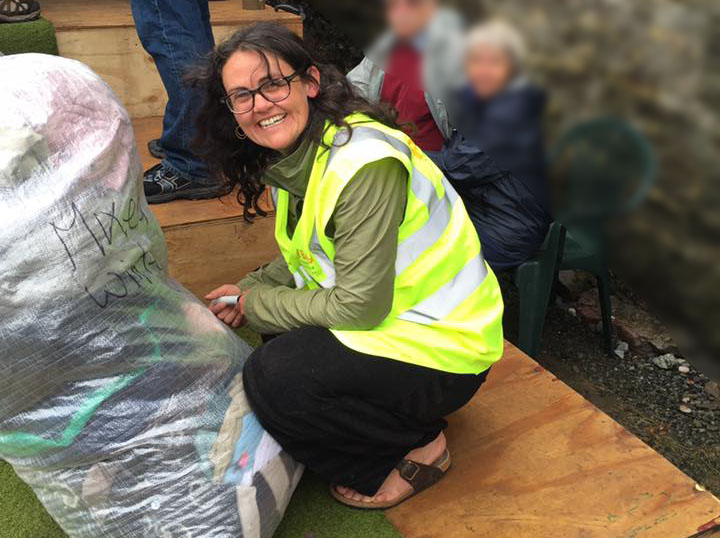 “As a council, I want to ask all Gwynedd's politicians to extend a warm welcome to refugees arriving in Gwynedd from Afghanistan, and elsewhere. I’m also asking for councillors’ support in recognising the basic right of people to flee from violence and persecution and to highlight my concerns about the Westminster Government’s New Plan for Immigration,” says Bangor's Menai Ward Councillor, Catrin Wager (pictured) as she puts a notice of motion before full council at Gwynedd today (7 October).

“The UK Government is currently seeking to make it illegal for people to arrive in the UK without permission. Given that refugees often have to flee from home quickly, the idea that they have paperwork and permissions sorted before they leave isn’t realistic. There is a real risk that the Westminster Government would be shirking the international obligations placed upon them, through the 1951 Refugee Convention and other legislation, which recognises the right of individuals to seek asylum from persecution in other countries.

“We’ve all seen the horrific pictures on our screens of individuals and families, risking the lives of their children and babies on small boats, whilst trying to escape the horrors of war and oppression. As human beings, we cannot let the hatred of Tory politicians to create this legislation. We have a moral responsibility to protect and care for our fellow humans, at a critical time in their lives.”

Plaid Cymru Gwynedd Councillor, Catrin Wager, has been involved with volunteer group ‘Pobl i Bobl’ since it was established in 2015 in response to the refugee crisis in Europe.  Volunteers have been collecting goods to support people fleeing conflict and have sent items to refugees and displaced people across Europe, and as far afield as Lebanon and Syria.

This summer, as governments withdrew from Afghanistan, Pobl i Bobl co-ordinated supplying hygiene packs to refugees arriving in the UK from Afghanistan alongside partner organisation ‘Care for Calais’.  Hygiene packs (which included essentials such as soap, toothpaste, toothbrushes, shampoo, womens’ hygiene products) were delivered to Manchester, to be given to Afghan refugees as they arrived.

“The work that Gwynedd residents have done lifts your spirits. People couldn't do enough to help, and as well as donating goods for the hygiene packs, over £3000 was collected through a crowd funding campaign, to continue the task of supporting these families and giving them a helping hand as they re-establish themselves. After all, they have left their homes empty handed, witnessed atrocities and some have even had to leave friends and family members behind.

“That is why the welcome shown to the refugees by the people of Gwynedd should be recognised formally and commended. As a council, I hope that this proposal will be supported today, and we can continue in our task of caring for individuals who are far less fortunate than us.”

Gwynedd Council is committed to welcoming people who have fled Afghanistan to relocate to the county. Working with the Home Office, staff co-ordinate the work of supporting vulnerable individuals who have faced a major crisis in their lives.